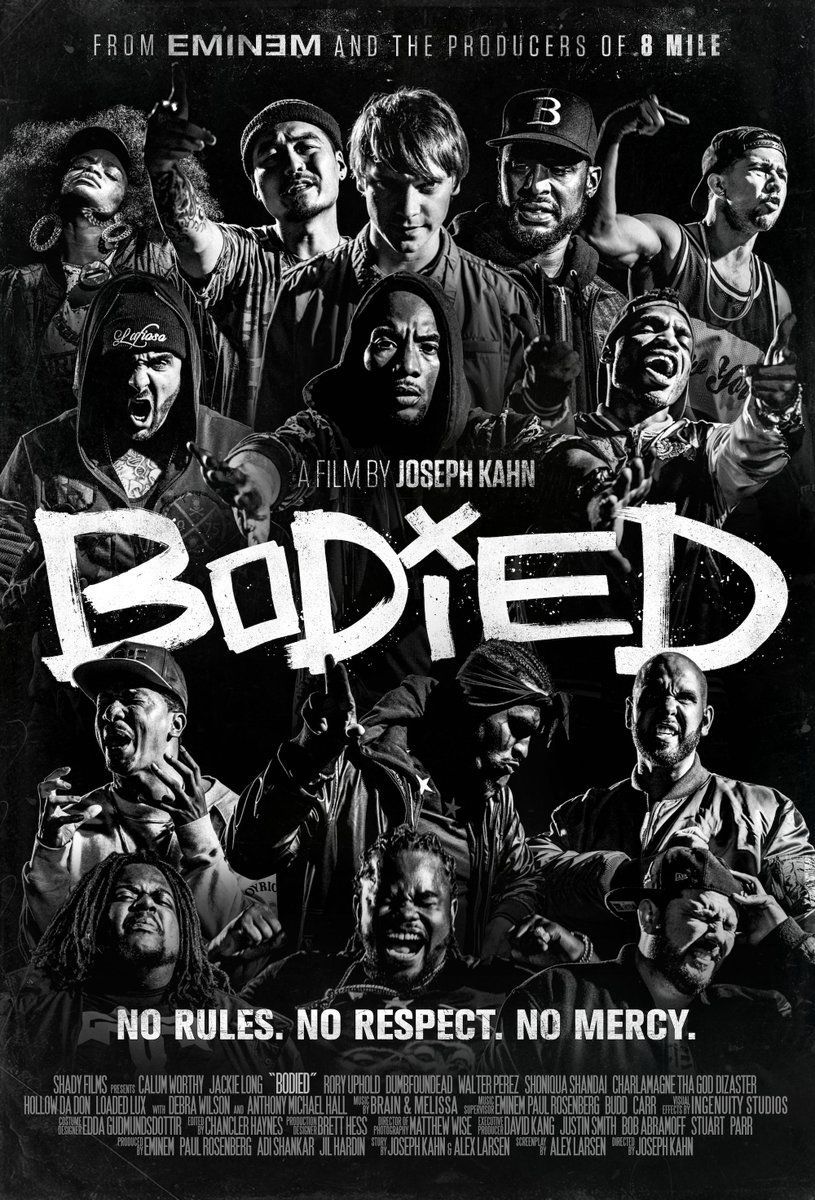 "One of the most exciting modern portraits of race relations period, and a daring assault on white liberal privilege that checks it from the inside out?

"Alive and vital in ways that 99% of movies never are... this is a masterwork.

An upper-class white man studying for his Master's degree, Alan Merkin would describe himself as a fervent progressive, well-versed in all matters of American political correctness. Fascinated by rap battles, his thesis paper even tackles the usage of the n-word within that community. It's therefore only natural a no brainer, really that he would infiltrate this competitive world. Accompanied by his vegan girlfriend and halfheartedly guided by veteran battle rapper Ben Grymm, his research quickly turns into an obsessive immersion, giving this shy college boy the opportunity to shed all inhibitions and fully embrace the First Amendment, the undeniable right to freedom of speech. But at what price, exactly? And at whose expense?

Produced by Eminem, written by popular Toronto rap warrior Kid Twist and directed by cult music video director Josheph Kahn (TORQUE; the unforgettable DETENTION, seen at Fantasia 2011), BODIED is a triumphant satire of today's social and political climate, in which nothing and everything can be perceived offensively if that's what one is looking for. Deftly walking on such eggshells, Kahn puts together an outrageously wild comedy that deals with race, cultural appropriation and academia (reminiscent, in this way, of DEAR WHITE PEOPLE); an ideological rollercoaster that forces the spectator to confront their assumptions with the ferocity of a rapper slinging insults in an opponent's face. A thundering hit at last year's TIFF, BODIED finally arrives in Montreal to check your head and loosen your tongue one verse at a time. Come on down, jump into the ring and risk getting bodied! - Translation: Guillaume Desbiens