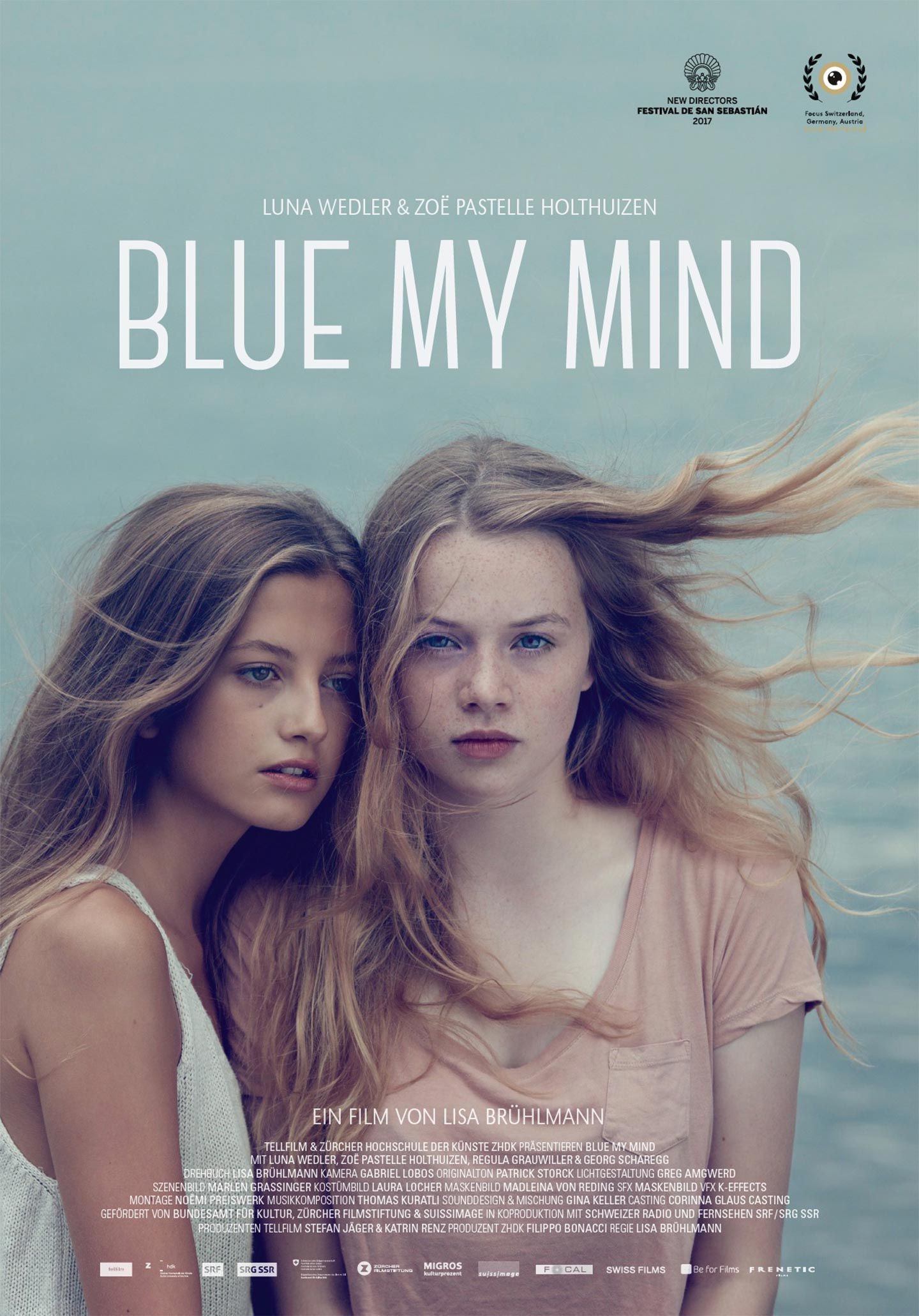 “On a level rivaling Kafka’s THE METAMORPHOSIS”
Shannon Liao, THE VERGE

“A prime example of a film which transcends genre... Mia’s story is strange, fascinating, and, at times, brutal”
Dax Ebaben, BLOODY DISGUSTING

Blue. Of the bewildered spirit intermediating between child and sea. Blue is the colour of Mia (Luna Wedler), 15 years old, newly arrived in a town that looks like all the others. Breaking away from the sterile environment provided by her parents, she is drawn to the pack of popular kids, the ones who smoke, shoplift, mess around. Mia has everything, yet she suffocates. Then comes an odd thirst, an irresistible instinct that has her reaching out for air where there is none. In her head are the turbulent sounds of crashing water against the pebble beach. In her tortured flesh, the alienation of nature, the terrifying and unstoppable transformation of her body conflicting with the need for stillness, to press pause on the perfect breath.

Freshly out of film school, Swiss filmmaker Lisa Brühlmann delivers a masterful debut feature on adolescence, a time when the line between fantasy and identity disappears. Her fresh take on the horrific degeneration of a teenager’s anatomy is cleverly entwined with classic fairytale storytelling, pitched somewhere between recent films such as THE LURE and RAW. Painting her characters’ faces in darkness, feeding on their newfound rage, Brühlmann understands the collapsing core of teen angst. The intensity with which she translates loneliness and a hunger for danger is troubling and ravishing. BLUE MY MIND evokes the soft feeling of fainting, between fear and desire. It is an ode to transitioning into a foreign skin, opening our senses to unfamiliar emotions and unnatural mutations, and realizing that there is no such thing as a misshapen wave. - Celia Pouzet