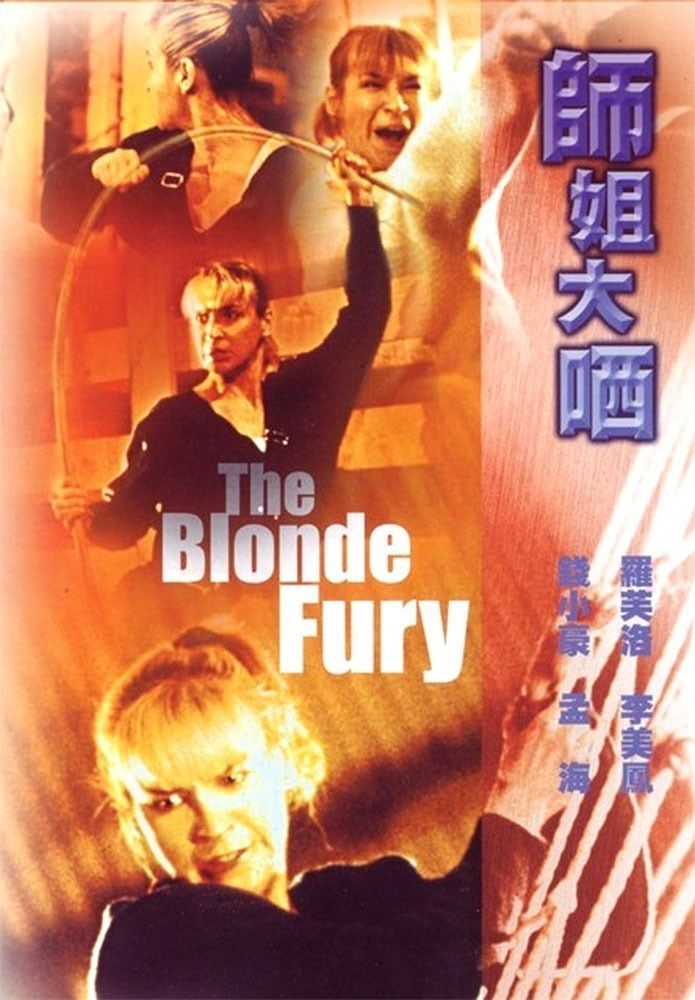 Cindy (Cynthia Rothrock), an American FBI agent, travels to Hong Kong to investigate a newspaper editor, Ronny Dak (Ronny Yu), who is suspected of printing counterfeit money using the newspaper's presses. The American teams up with a rival reporter and her friend Yu (Elizabeth Lee), an undercover law enforcer. Cindy's investigation takes a sharp turn, however, when Yu's father, the prosecuting lawyer in the counterfeiting case, is kidnapped.

If you're a fan of the Golden Age of Hong Kong action cinema, it's likely that you are familiar with 1989's THE BLONDE FURY (also released as FEMALE REPORTER). At that time, Cynthia Rothrock was one of the biggest stars of the Hong Kong fighting-female genre, following the success of YES, MADAM! (1985) and ABOVE THE LAW (1986). THE BLONDE FURY placed her front and centre, and let her shine. She teamed up with director Mang Hoi, who also oversaw the fight choreography with producer Corey Yuen, and together they made one of the most impressive movies of Rothrock's career. Mang showcases Rothrock's ample talent in multiple fight scenes, including an amazing sequence on bamboo scaffolding and the remarkable battle with Billy Chow. If you love '80s action movies with loads of amazing fight scenes and stunning stunts, this film is for you. Rothrock opened many doors for female action stars around the world. It's now your chance to discover or rediscover her powerful screen presence, and do so like we used to, back in the day on a 35mm print! - Éric Boisvert